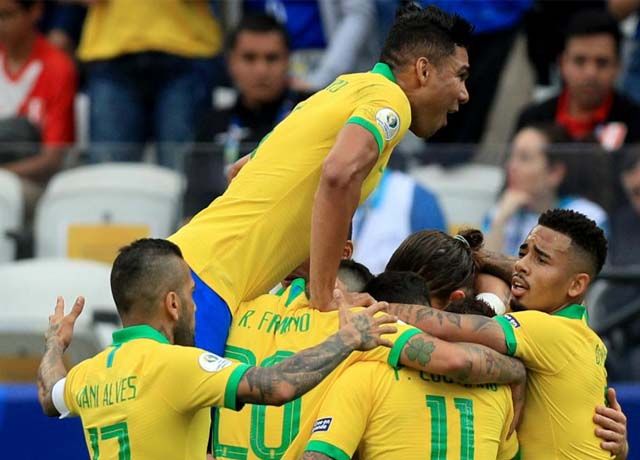 Out of five, Brazil converted four penalties because Roberto Firmino failed to score one as he kicked the ball to the left side of the pole. With Alission saving the very first penalty kick from Paraguay was not able to net the ball two more times.

Brazil has more possession than Paraguay in both the half, but the opposition defenders did very well and secured their goal. The Brazilian attackers gave their best and tried to score at least one goal but their luck was not with them.

Fabian Balbuena was given a red card for tackling Firmino just before the penalty area with the help of Video Assistant Refree (VAR). This was the game changing moment for Paraguay because they were then down to ten men.

It remains a non-scoring match but very interesting to watch after the red card given to the West Ham defender. Neymar is already out of the tournament with his foot injury. So, Brazil seems quite unbalanced without him.

On Wednesday, Brazil will face the winner of the second Quarter-final between Argentina and Venezuela.

Age doesn’t matter when you are passionate to perform – Gigi...