A brilliant innings by Ross Taylor takes New Zealand to win over India and beat it by six wickets. He scored 71 runs in 75 balls. Along with him, the New Zealand captain Kane Williamson smashed 67 off 85.

India got all out on the score of 179 in just 39.2 overs. After a brilliant innings played by Taylor, he got out on the 4th ball of 36th over spelled by Ravindra Jadeja.

But this was not enough for the Kiwis, Kane Williamson who was playing with Ross Taylor after the wicket of Martin Guptill in 10th over takes the responsibility and scored 67 runs in 85 balls to win the match for his team.

In first innings, the best batting spell was played by Ravindra Jadeja who scored 54 runs in 50 balls. Hardik Pandya, who is the power hitter of India scored 30 off 37. Thereafter, wickets were falling down continuously and India got all out on a score of 179 in just 39.2 overs. 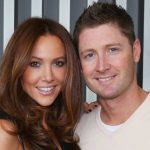 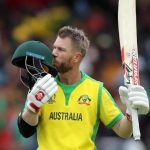